Samuel turned six months yesterday (umm… where did that time go??!) and just loves to explore! Sensory play is a great way for him to learn about the world around him and seeing as this week’s theme over on our Instagram account is ‘sensory play’, I thought it was the perfect opportunity to share some simple sensory experiences I have done with Samuel over the past couple of months.

It’s nearing the end of our summer here in Australia, and although we have had quite a wet summer, we have had also some scorching hot days (it’s currently 42C/107F today. Eugh!). Poor Samuel has really struggled with the heat during this weather, so I had to think of a few ways to help him keep cool. I gave him a ziplock bag with a few ice-cubes and that has not only kept him entertained for a good fifteen minutes at a time, but it’s also helped him stay cool.

We also tried using a plastic bottle instead of a ziplock bag which was a great alternative as the bottle still cooled down enough for Samuel to enjoy, but didn’t get too cold for him to play with.

Water play is one of the easiest sensory experiences for babies and is so easily adaptable. I used cold water (another way to help keep Samuel cool), and poured it into a shallow tray with some food colouring, and let Samuel go to town. He happily stayed on his tummy so he could splash around in the water. Paige joined in as well, but decided that it looked like a puddle and literally jumped in the water. We had plenty of towels to soak up the mess as we did it inside, but it can always be done outside if you don’t want to get the floors wet!

This was definitely the easiest experience to set up, I literally just put a mirror on the floor and lay Samuel so he could see his reflection. I’ve also used the mirror leaning up against a wall, and let Samuel look at himself either by sitting on my lap, or laying on the floor. All babies love mirrors and looking at themselves, and it is a great way to make tummy time more interesting.

This activity required a little bit of prep to make the fingerpaint. I heated some cornflour, sugar, salt and water until it became thick (there are plenty of different recipes on Pinterest but I used this one here). Once the mixture was cool, I separated it into different containers and added food colouring. As Samuel had been doing a lot of play on his tummy, I thought he would enjoy sitting up in his highchair to explore the fingerpaint. He enjoyed exploring the texture, squishing it between his fingers and even had a little taste test. I set Paige up on her table and she had a blast making patterns and creating prints. I figured this one would get pretty messy, so we did it outside, plus I had a bucket of water and a cloth ready to wipe everything down and a bath ready to go. The fingerpaint can be quite tricky to clean once it has dried, so try and wipe everything down as soon as you can!

Samuel still mouths everything, so having edible sensory experiences is really important! I’ve had a few packets of jelly sitting in the cupboard for a few months and figured it would be fun for some sensory play, and wouldn’t really matter if he put any in his mouth. I put the jelly on our trusty shallow tray, put some towels down and let Samuel explore. He enjoyed squishing the cold jelly between his hands and fingers (the texture was quite similar to the fingerpaints) and didn’t even eat any which surprised me! This activity kept Samuel entertained for about fifteen minutes, which is pretty good for a 6 month old!

Samuel seemed to find this experience the most interesting, and it was by far my favourite to see him explore. It was also the messiest, so towels are a must if you do it inside! I mixed some cornflour, water and a few drops of food colouring, popped it on the tray and lay Samuel in front of it. The colour caught his eye straight away and in went his hands. Because of the nature of the oobleck, he found it difficult to grab onto it, and he struggled to pull his hands away easily. But he seemed to enjoy the texture on his hands and the challenge of trying to grab a hold of the oobleck.

Of course with all of these experiences, supervision is vital, especially when offering activities and experiences using water or things that can be ingested.

For more simple sensory play ideas like these ones, make sure to check out my Simple Sensory Play eBook which includes over 30 sensory play activities for babies through to preschool aged children and beyond – check it out here!

What are your favourite sensory play experiences for babies? 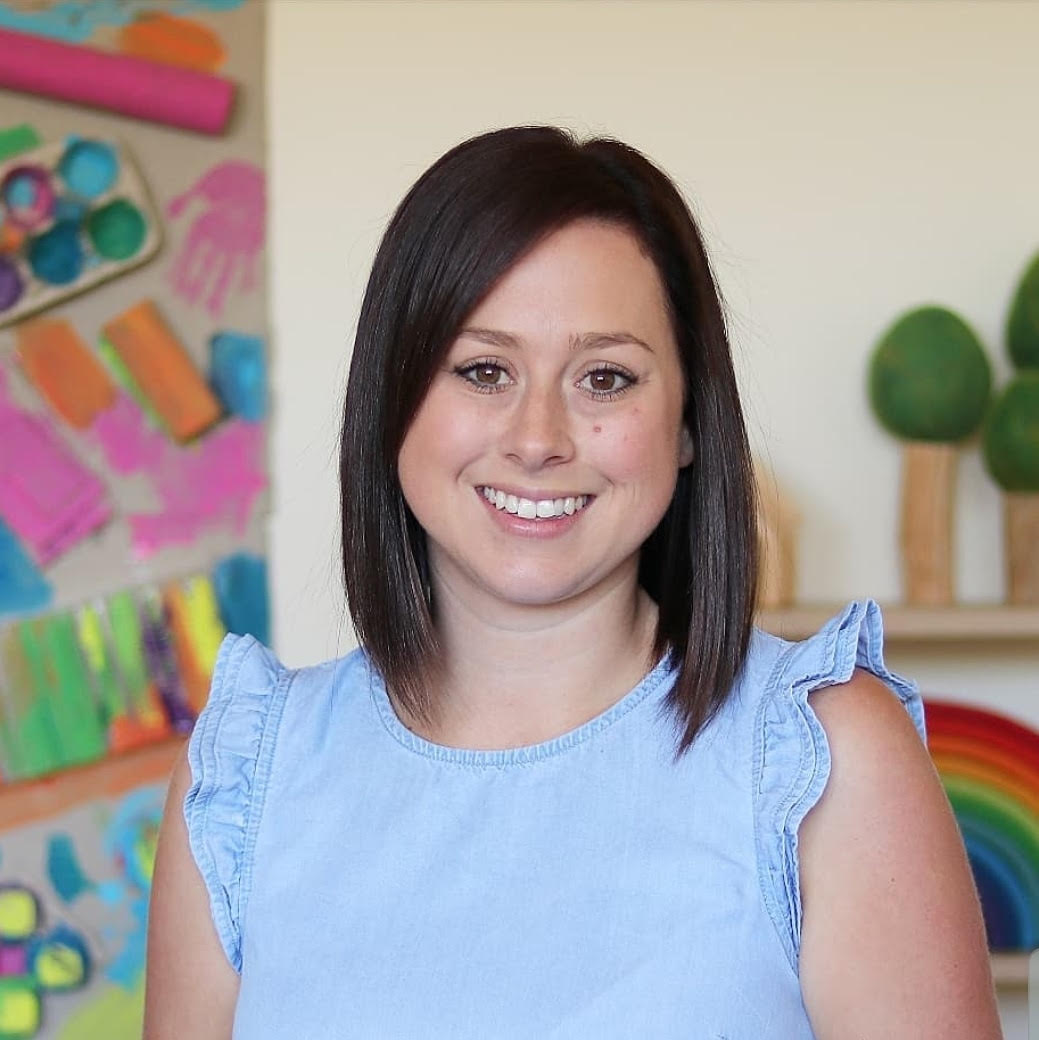